Perhaps the most interesting thing about Bauma this year was who wasn’t exhibiting. Big Chinese manufacturers such as Liugong, Lonking, Shantui and XGMA where no shows. There has to be a few companies fail in this China slow down and perhaps the cracks are showing. XCMG reports mixed demand at present. The crane and concrete factories are slow however the excavator factory is back to three shifts a day to keep up. Notable recent sales include several hundred excavators to Ahern in the USA, who operate the largest private rental fleet in the world. The road roller factory, which is now the largest producer of these in the world, is also reporting record sales.

XCMG had a large display at the exhibition with the main difference this year being that every machine on show was a new release. 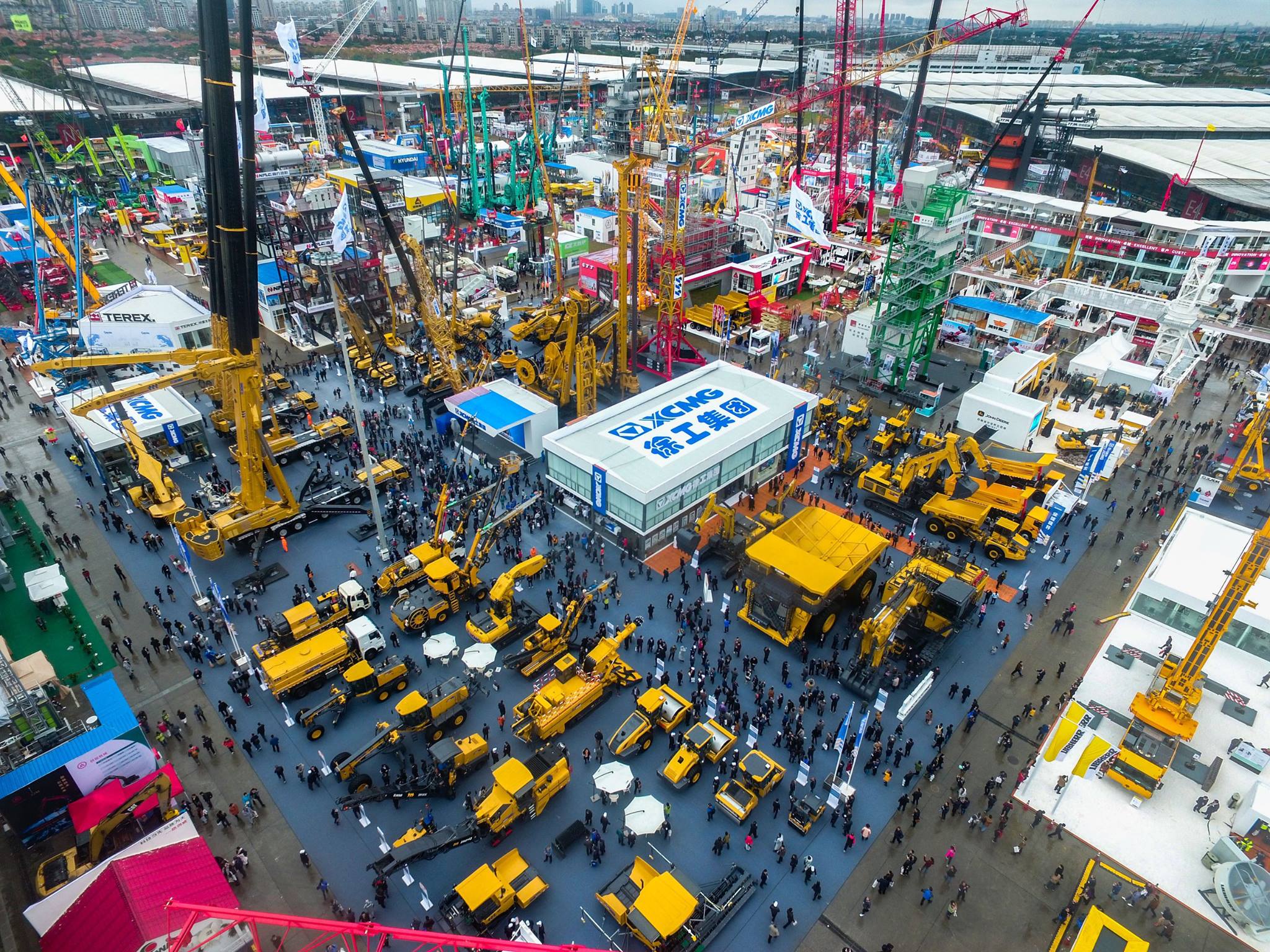 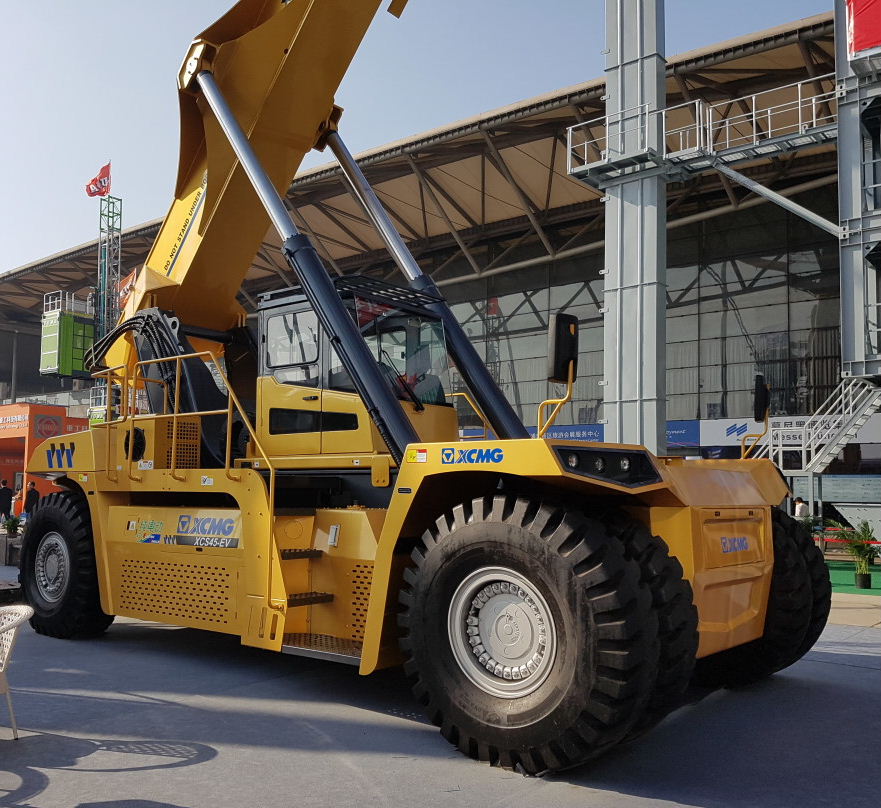 One of the bigger machines on display, the XE3000 a 300 tonne mining grade excavator. 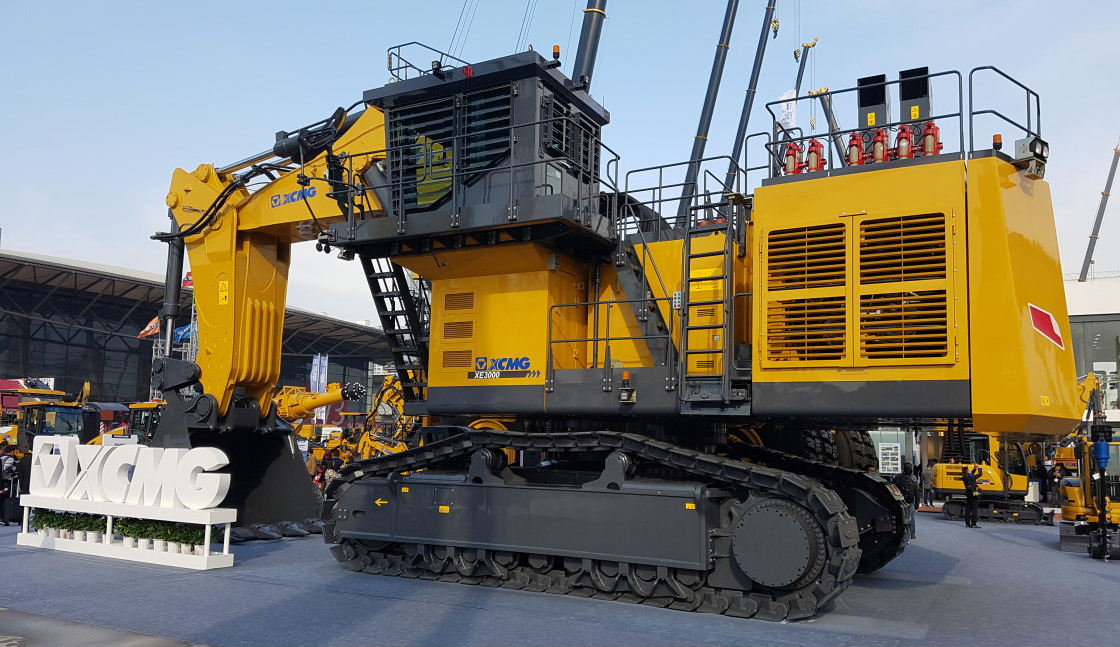 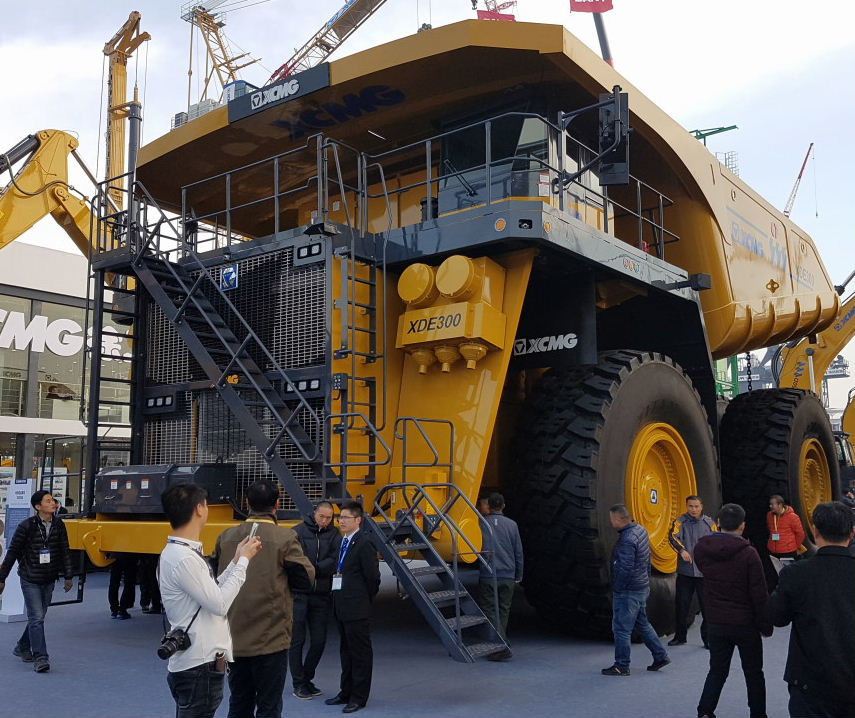 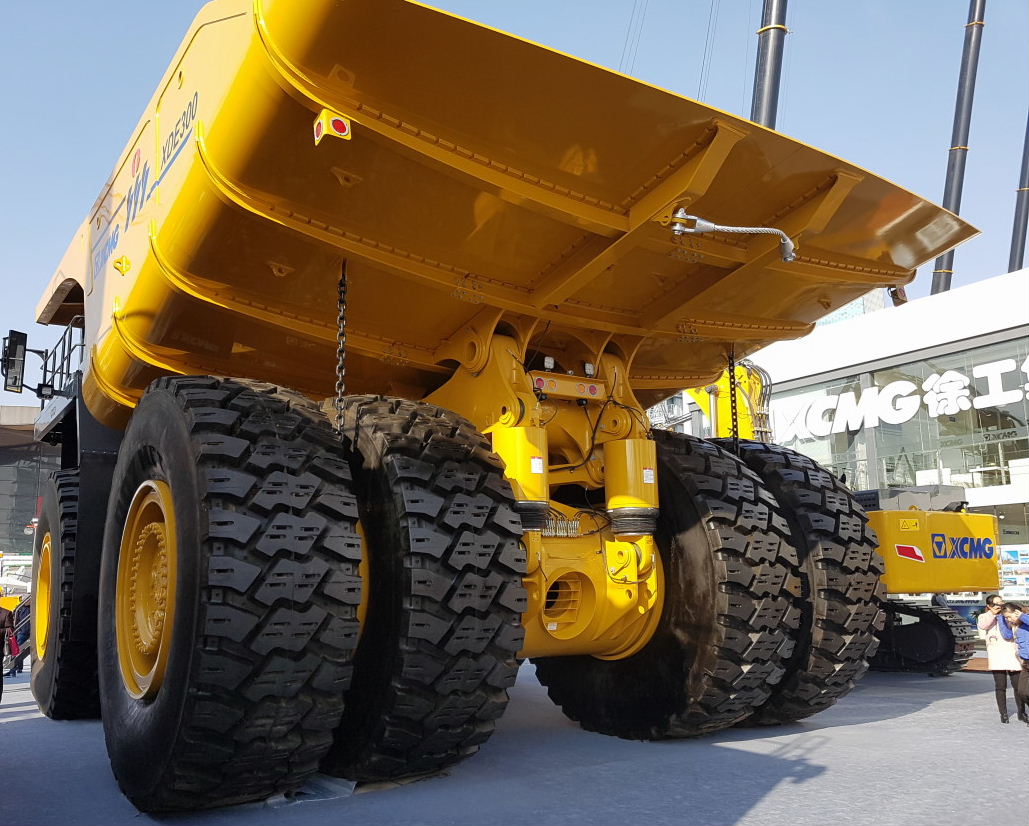 This 100 tonne crawler crane with widening track frame and telescopic boom was the most eye catchng of the large crane display. 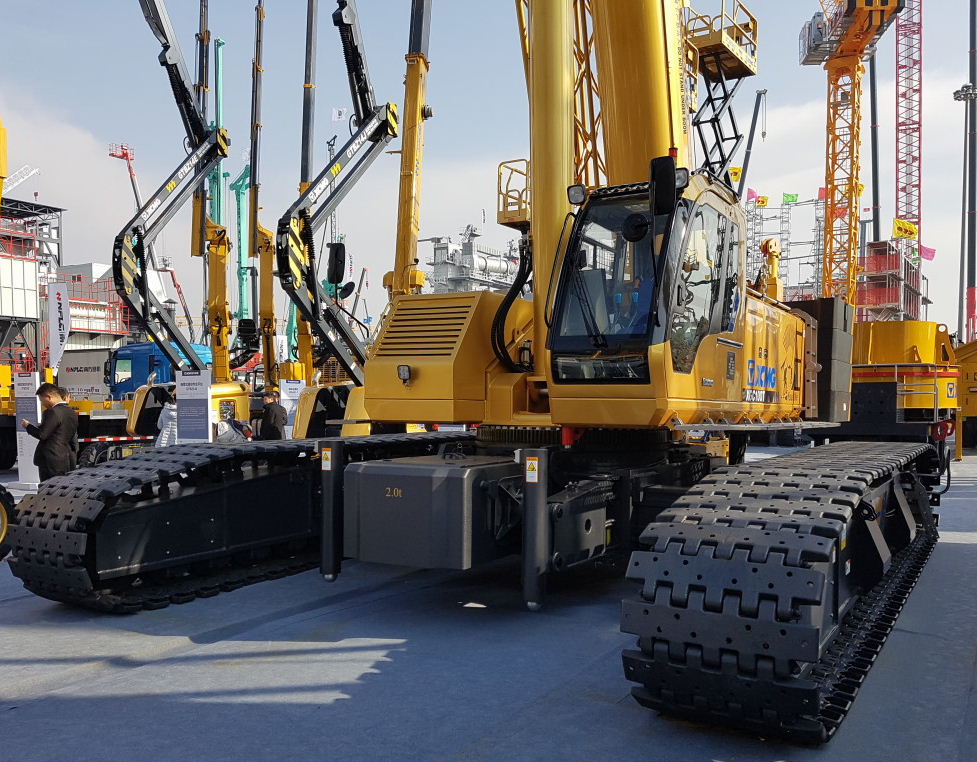 The very smart 50 tonne capacity, five axle on/off road truck with hydro pneumatic suspension . This allows the ride height to be altered for the conditions and lowered for safer dumping. The middle axle can drive, as well as steer, or lift out of the way completely. 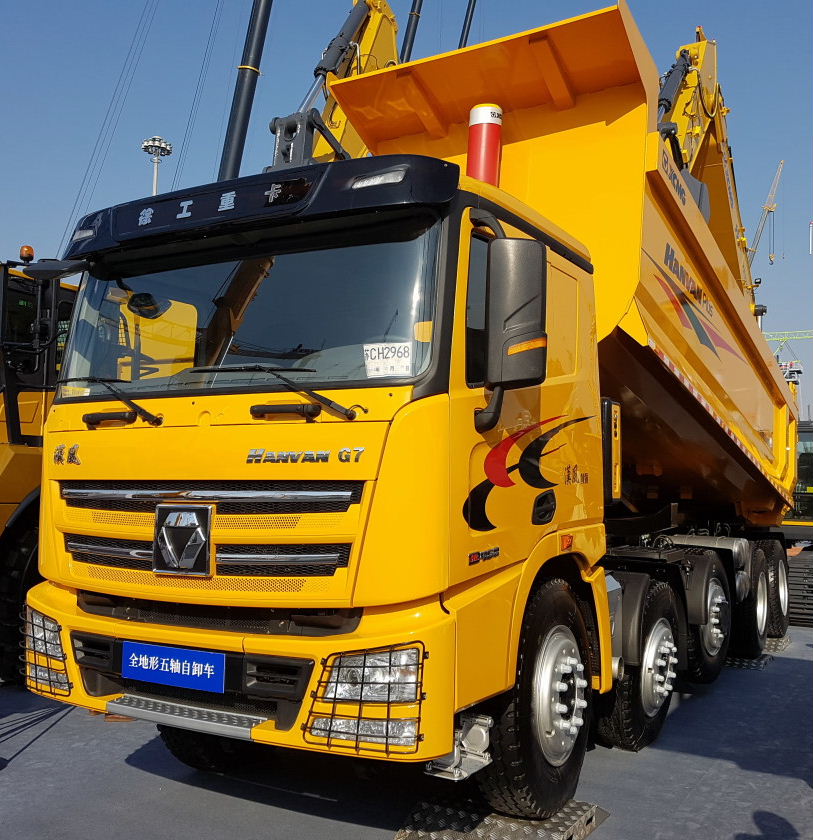 Aggressive styling of the XDA40 articulated dump truck now with a 12 speed transmission. 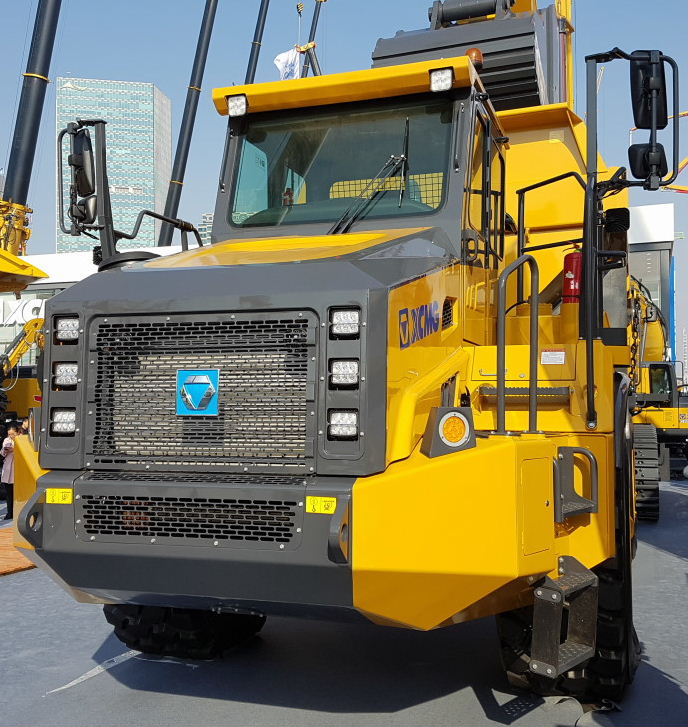 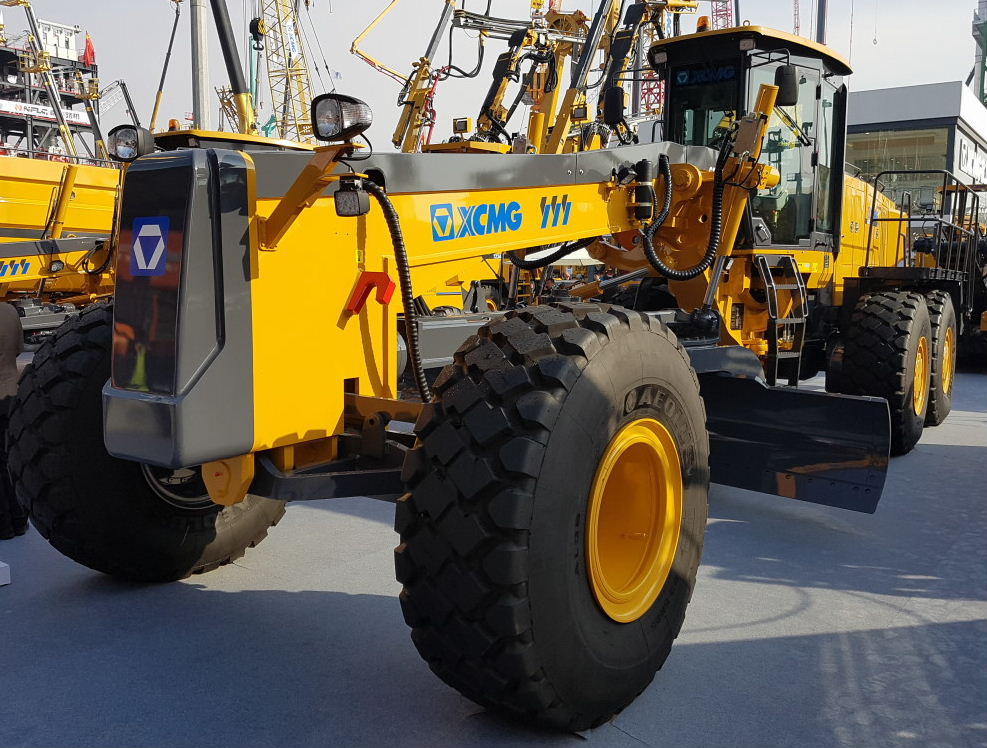 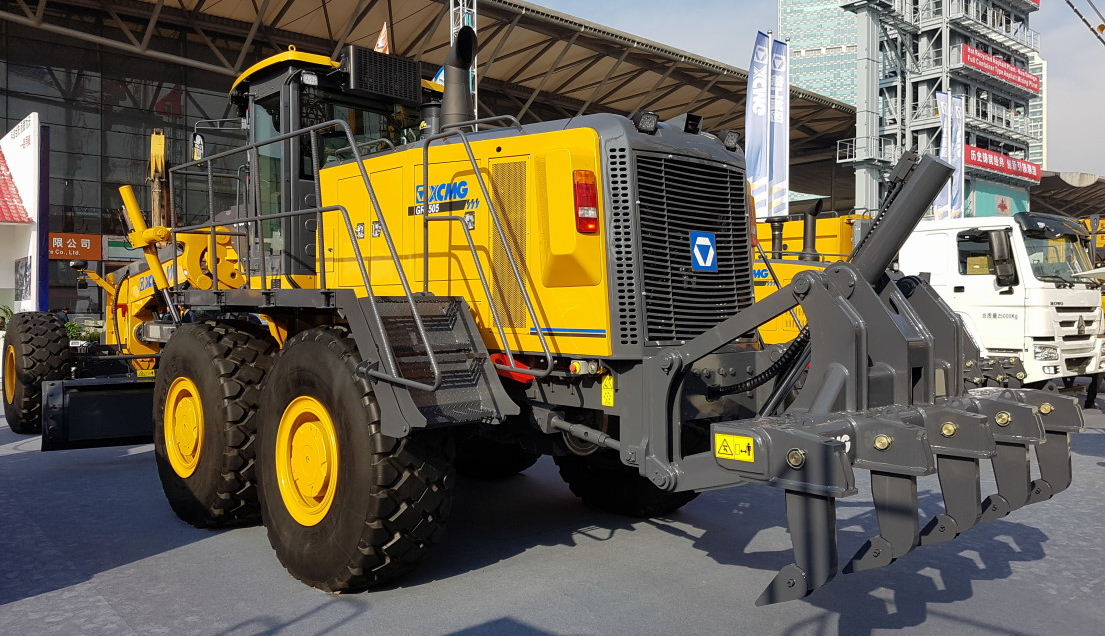 The all new GR1605 165hp grader, the first of the smaller graders from XCMG to pivot behind the cabin. This one now has an impressive 47km/h road speed. 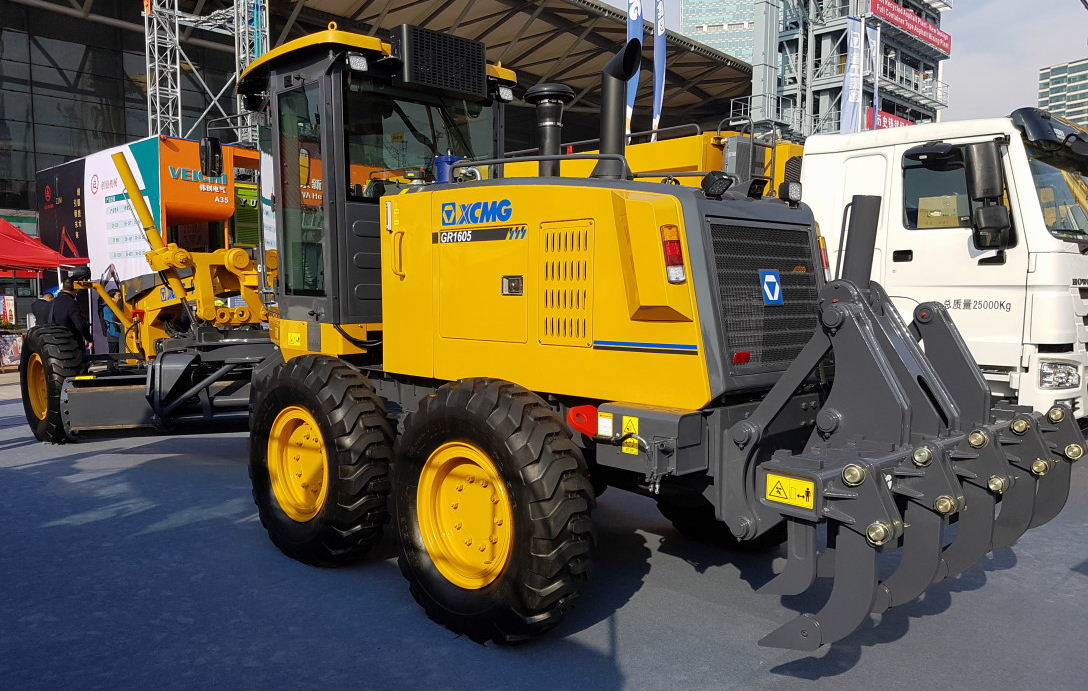 The XS365 a 36 tonne roller, now has intelligent control with automatic throttle response as required by the conditions. 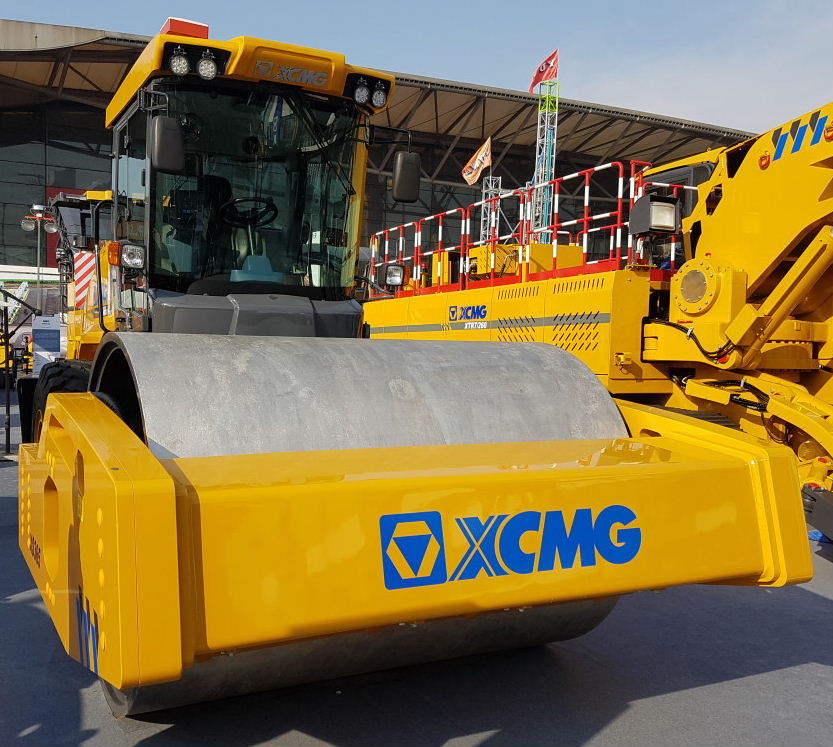 We have been asked quite a few times for this and here it is, a four tonne combination tarmac roller. 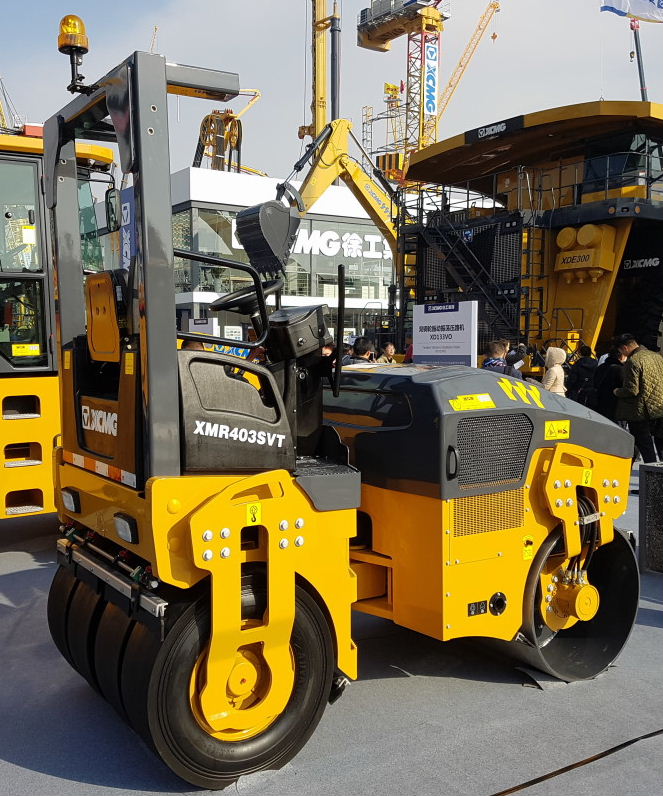 The all new 1.8 tonne zero tail swing ROPs canopy excavator. The hammer piping running internally in the boom is a nice touch. 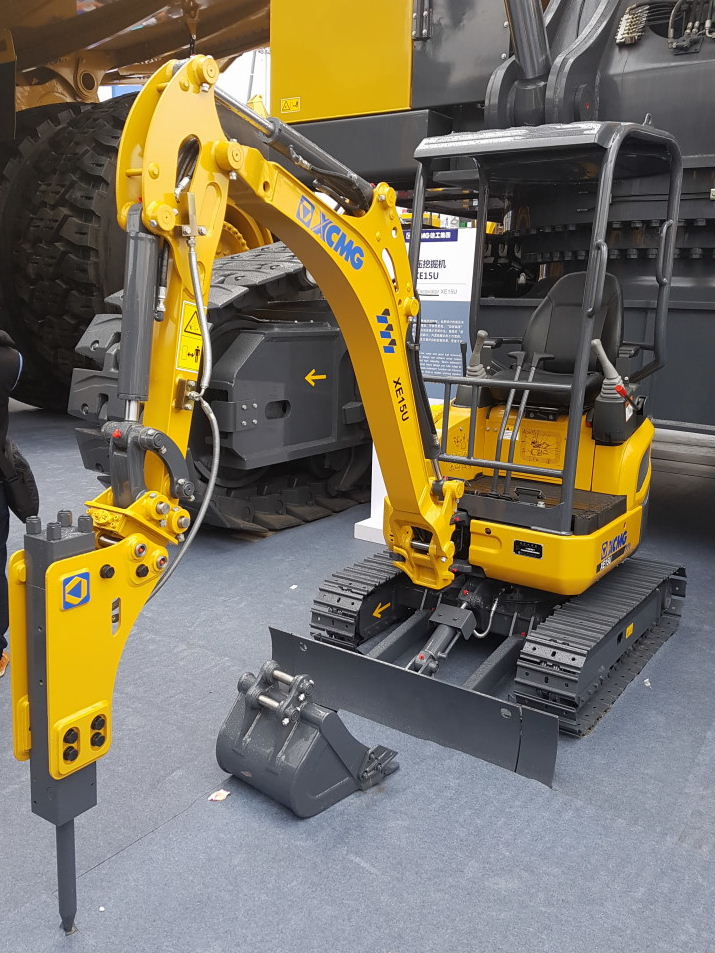 Mantall had a very impressive display featuring a wide range of scissors and booms. We have the first diesel and electric articulated booms for NZ on order as well as an 18 meter scissor. I will report on those early next year. 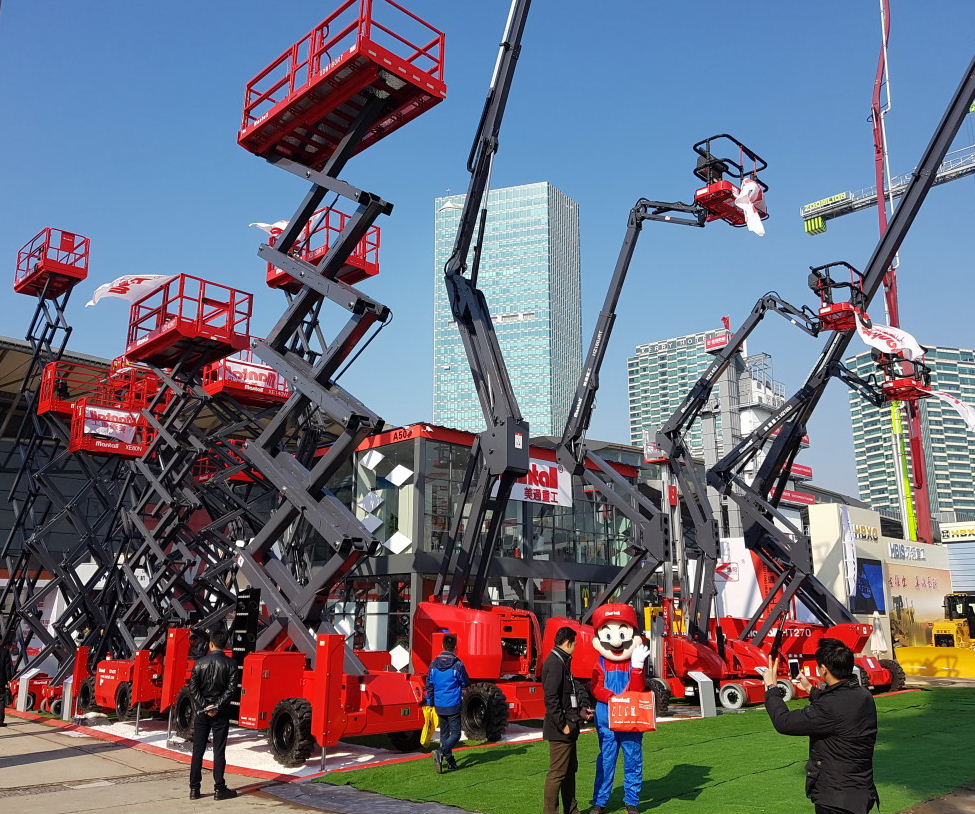 An interesting offering from a smaller excavator supplier was this 9 tonne unit with removable road delivery wheels.  A great idea for local self-delivery if you really need tracks when you get there. Road speed is an impressive 35km/h. 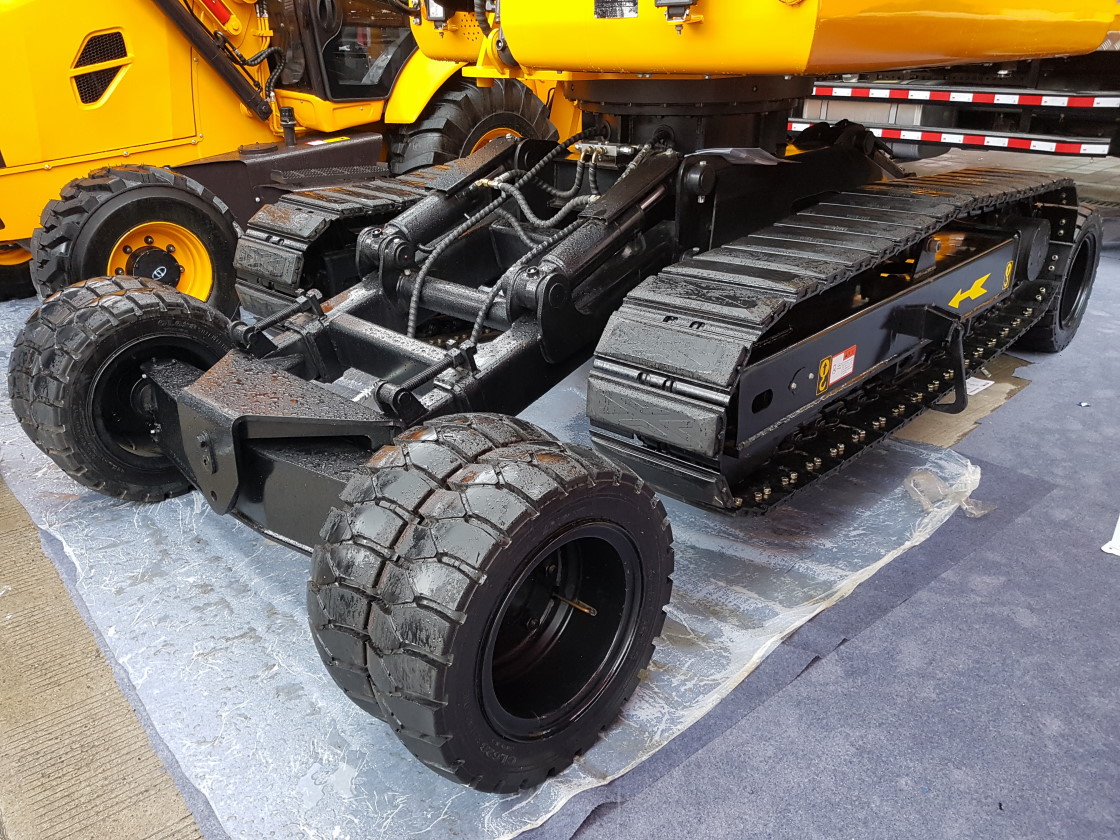 Meanwhile back in New Zealand another Landex 828/180K ready to truck to Sicon for use in the recycling operation near Rolleston. This one is waste guarded on low profile cushion solids with an over width bucket to keep it away from the walls. 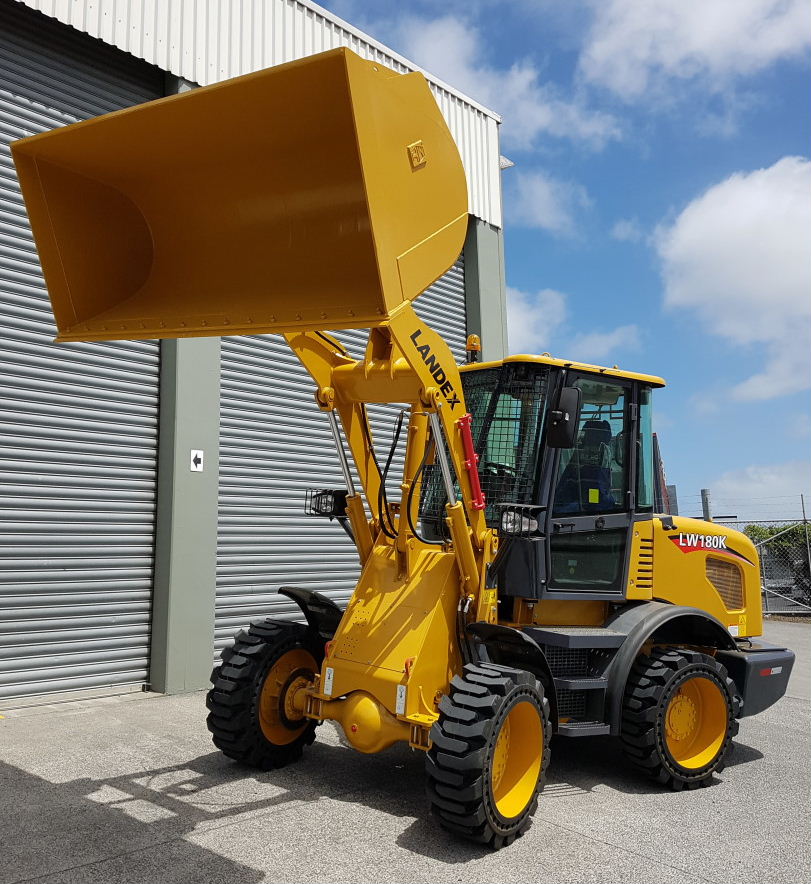 A couple of XE80N scissors heading for Queenstown. We are now sold out of this size but have more being built. 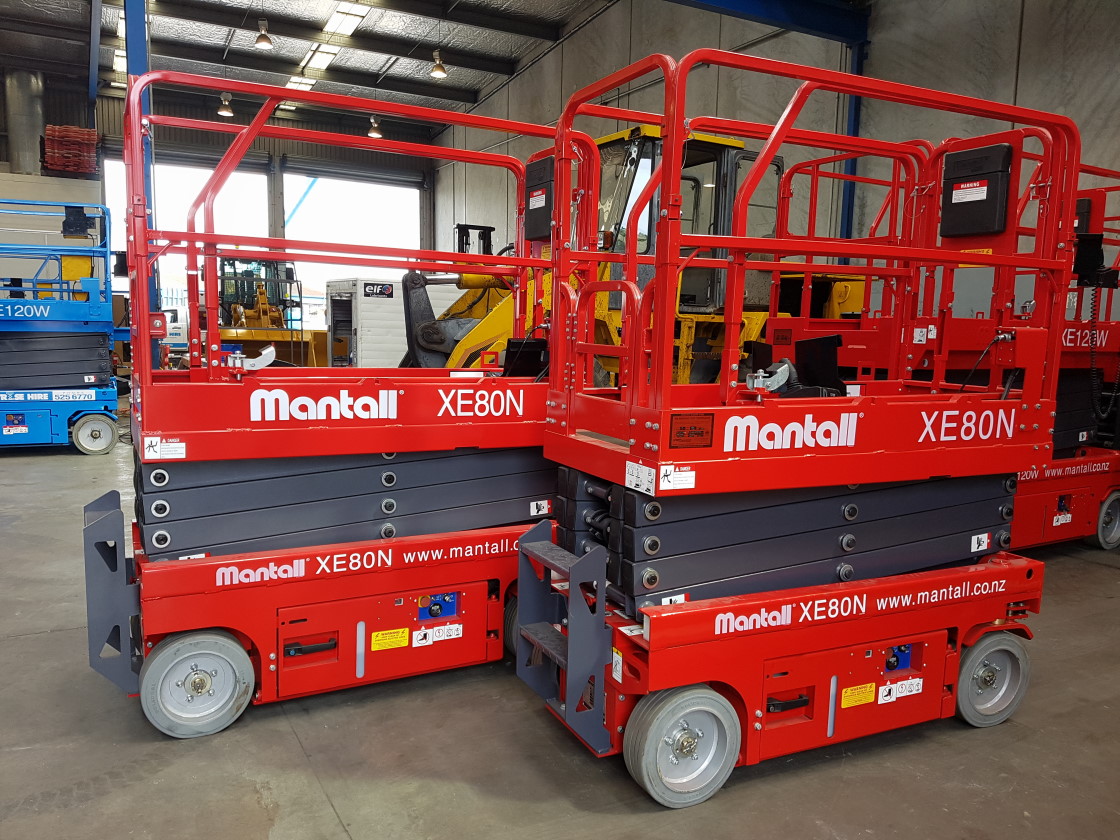 They headed of south on the same load as the 828 on the day of the earthquake so it was a longer route than normal. I used to farm in Culverden and feel for those who suffered loss or damage from the earthquake. 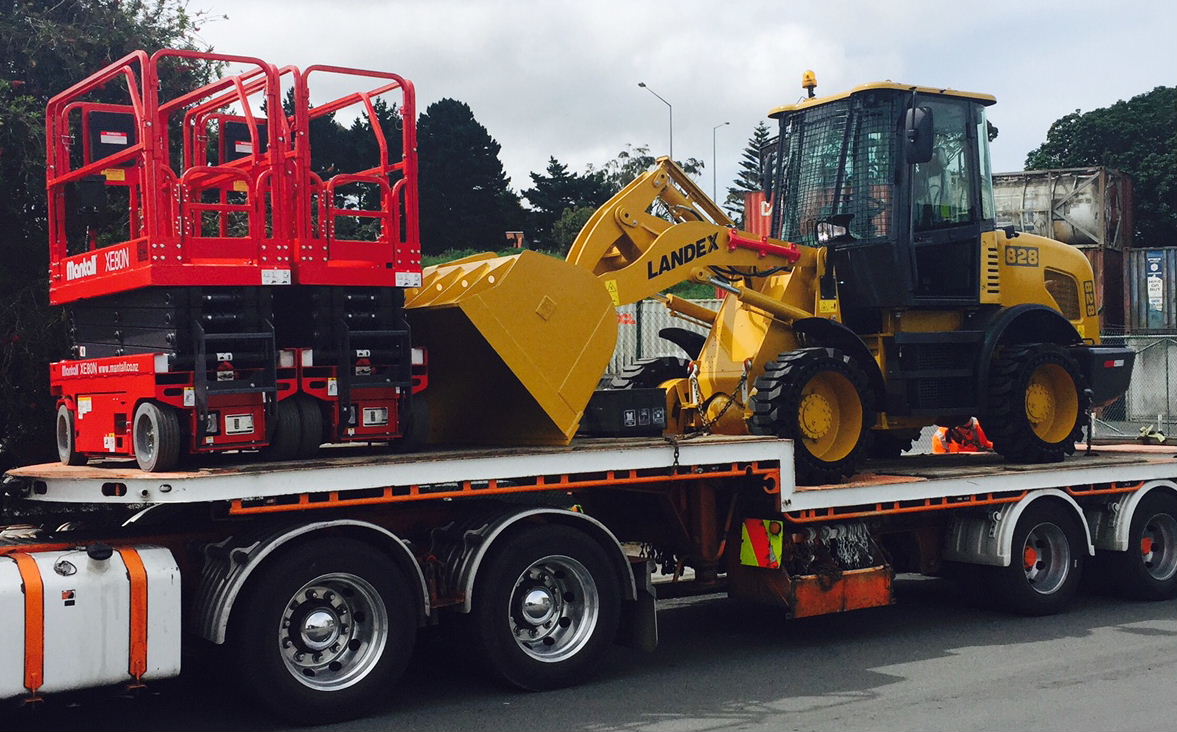